A touch screen is a visual display capable of detecting the presence and location of a touch on its surface, finger or object such as a stylus. A number of different technologies are used on touch screen, with the technology to a large extent determining the adequacy to be used in particular environments and what type of device.

Two thin conductive layers are separated by a narrow space. When the outer cover sheet layer is affected, it comes into contact with the inner layer – typically a coating on the glass panel. The contact between the two conductive layers is detected and treated to determine the exact location and type (for example, a quick or prolonged mouse click). Resistive technology is highly resistant to liquids, but the surface layer is vulnerable to damage caused by sharp objects. Better used with a finger, a gloved hand or a stylus.

The glass tactile panel is covered with a conductive layer. The electrostatic field of the screen is deformed when it is touched by a finger (since the body is an electrical conductor), to determine the location of the touch. Various technologies can be used for detection, but they go beyond the framework of this article (eg surface capacity, projected capacity, self-ability, mutual capacity). Since depends on the conductivity of the human body, this technology does not work if it carries gloves. This technology is used in many tablets and smartphones, such as iPad and iPhone.

Recent technology, a single sound is generated based on the affected position on the screen. The sound is picked up by transducers in the corners of the screen and treated to determine the position, compared with a pre-recorded sound profile. The background noise does not cause any disturbance because it does not match the pre-recorded profiles. The tactile surface is glass, so it is durable and is not usually disturbed by scratches or objects such as dust on the screen.

With this modern technology, image sensors around the screen detect touching objects, and then calculate the position according to the readings of multiple sensors. This technology is relatively inexpensive and works well with big screens.

A frame around the screen contains LEDs with luminous receivers in front, the LEDs being pulsed sequentially to create a scanning grid of infrared light beams. Touching the screen obscures one or more beams to calculate a position to be calculated. Suitable for use with a finger, a gloved hand or a stylus. The complex algorithms of dispersive signal technology interpret information from sensors that detect piezoelectricity in the glass panel resulting from a touch of the screen. Since the detection is based on pressure, this technology is suitable for use with finger, hand-walled hand or stylus. 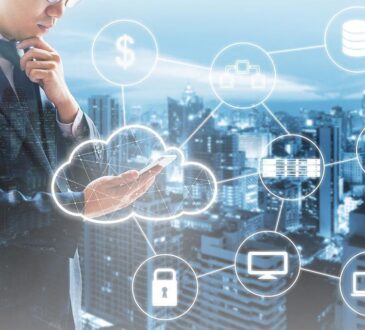 Levi Zoe1 year agoJanuary 15, 2022
274
Whenever you hear people talking about managed IT services companies, you will hear them discuss the range of benefits which...
Tech