HomeGameWho Should You Back To Win The BLAST Spring Groups?
Game
Levi Zoe2 years agoJune 9, 2021No tags 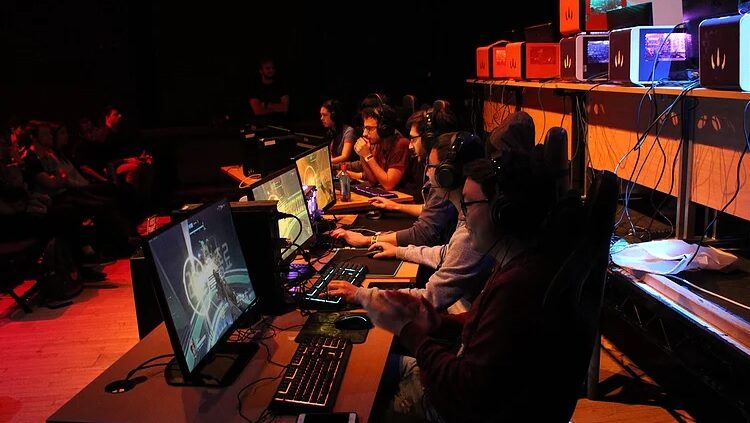 The top tier of competitive Counter-Strike: Global Offensive returned with the BLAST Premier: Global Finals this January, and the game continued its upwards trend established over the course of 2020 with record viewerships and some absolutely scintillating displays from the world’s best.

With Natus Vincere stunning the pre-tournament favourites of Team Vitality and then going one further by taking down the mighty Astralis in the grand final, the BLAST Premier: Global Finals was a powerful reminder to everyone that no one is unbeatable in the online era of CS. Na’Vi earned themselves a cool $600,000 for their win at the Finals, but it is a new season and a new circuit now, and knowing who to back is an incredibly tough thing to try and call.

The BLAST Premier: Spring Groups sees 12 sides competing in an online format with BLAST Premier points, a spot at either the BLAST Spring Showdown or BLAST Spring Finals, as well as a prize pool of $150,000 split into $25,000 chunks for each of the three groups winners.

Each groups are seeded by HLTV’s latest world rankings and operate with a double elimination structure.

On the face of it, Group A looks like the most open and shut group in the entire tournament. Astralis are the face of Counter-Strike, having won a record amount of tournaments, the last three Major Championships in a row and their five core players are nestled amongst the top earners in the game’s history.

However, Esports betting markets everywhere were stunned when the number one ranked team in the world slumped to a dismal 2-0 loss to NiP on the opening day of the BLAST Spring Groups, once again proving that you have to have your wits about you if you want to progress in the top tier tournaments.

But whilst this shock reaffirms the fact that there are no easy fixtures in the tournament, there’s still no denying the Danes’ quality and history suggests that opening round losses only motivates the side onto bigger and better things. Don’t expect Astralis to slump to any more losses here.

Team Vitality were in many ways the side that dominated 2020 the most. They revolutionised the scene with the introduction of a six man roster and in-game substitutions with the addition of Nivera, and the results were almost instantaneous with wins at IEM Beijing and the BLAST Fall Finals. And even though they failed to close out the year ranked number one in the world, their consistency shouldn’t be underestimated in the online era of CS.

The French org on their day should have no problem taking down a Complexity side that dropped out of CS_Summit 7 without a win to their name, a G2 team that have consistently fallen short of expectations since the acquisition of Niko, and a Evil Geniuses roster that have struggled throughout their time in their new European surroundings.

Arguably the most stacked and competitive of all the groups at the BLAST Spring Groups tournament, these are four teams who have all got bucketloads of talent and all carry a potential that could see them cruise through to the next stage of the competition.

Natus Vincere won the 2021 BLAST year with their win at the Global Finals earlier in the year, but they are notoriously a side that is plagued by consistency issues within their lineup. FaZe and MiBR have both battled serious inconsistencies over the past six months or so and definitely bring with them the unknown element, though this tournament looks like it is set to arrive just a little bit too soon for them to make too much of a splash. Team Liquid reshuffled their roster by rotating Twistzz out in favour of the MiBR veteran FalleN and they actually opened their account with a 2-0 sweep past Natus Vincere; couple that with an opening day matchup against Twistzz and his new FaZe Clan org and you have the perfect recipe for a real romp for Team Liquid.

Levi Zoe3 years agoJanuary 22, 2022
159
Going to the club is something that isn't possible regular. Individuals have occupations and different commitments throughout everyday life. Whenever there is an opportunity to do as such, the player should capitalize on it without going excessively far. Winning isn't that simple when the player is on the table. This is genuinely something that doesn't occur like in the films where an entertainer does as such well and returns home with millions. Individuals lose genuine cash so it is ideal to be cautious while going into such foundations. Should the...